Hot weather and lazy beach days are not for everyone but that does not mean that there are not other places to explore on beach holiday destinations such as Majorca. So if you need a break for the Spanish heat, discover the beauty and history that lies underground in Majorca.

Comprising of three unique caves, each of the Hams Caves is beautiful in its own way and rich in fascinating history. These 10-million-year-old caves were first encountered by mankind in 1905 by Pedro Caldentey Santandreu, whilst he was digging for the precious stone onyx. What he uncovered was so much more special. Pedro and his son even produced their own electricity to illuminate the caves before electric lighting had even reached the village.

The theme of light lives on in the Blue Cave, where today state of the art LED technology brightens up the cave in a mesmerising fashion. Here you can also learn all about the history of Majorca in an educational video played underground.

The Classic Cave is most renowned for the spectacular shape of its formations. They create a fantastic backdrop for the Sea of Venice a Musical Show which takes place on the underground lake.

The Round Cave has its own microclimate, allowing it to home its own vegetation. This creates a spectacular botanical garden in the vast open area, bursting with life including free-flying birds native to Majorca. What makes the Hams Caves extra special is that they can be hired out for events such as weddings. What location could be more unique on your special day? 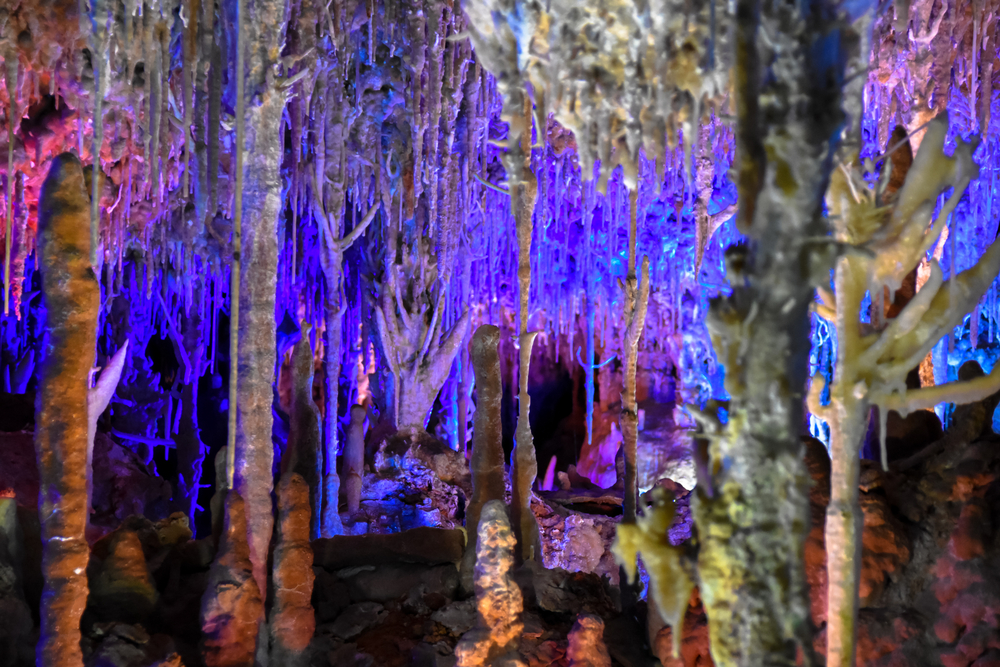 Another popular cave system that can be explored in Porto Cristo is the Dragon Caves. The colours and formation are breath-taking and so is the hour-long tour which takes you on an immersive journey throughout the 1200m-long paths of these limestone caves. The guides (who speak four different languages) will teach you how to interpret the incredible shapes of the stalactites within the caves. The true highlight of the Dragon Caves tour is the floating violin concert on Europe’s largest underground lake, Lake Martel. This is the perfect day out for all ages to get swept up by the beauty of nature. 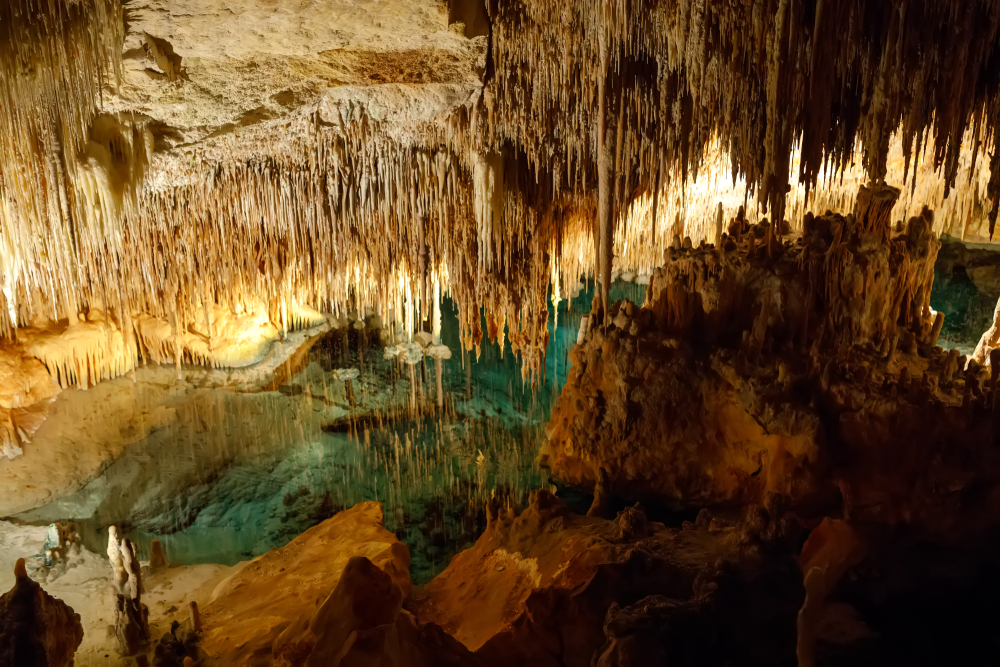 Situated in the north east of the island, the Caves of Arta have a very interesting history. They have been lived in by pirates, smuggles and, during the Christian conquest, two thousand hiding Arabs plus their cattle. Today, interpretations of the magnificent formations in the underground caves have inspired a quirky theme of Heaven and Hell. The chambers are named in accordance of the theme, where the guided tour will take you through Hell, Purgatory and Paradise. The most impressive part inside the Caves of Arta is the sheer size of some of the formations. One stalactite stands 22m tall and is growing at the rate of 2cm every 100 years. The tour ends as spectacularly as it starts with a jaw dropping view of the sea frames by the caves exit. 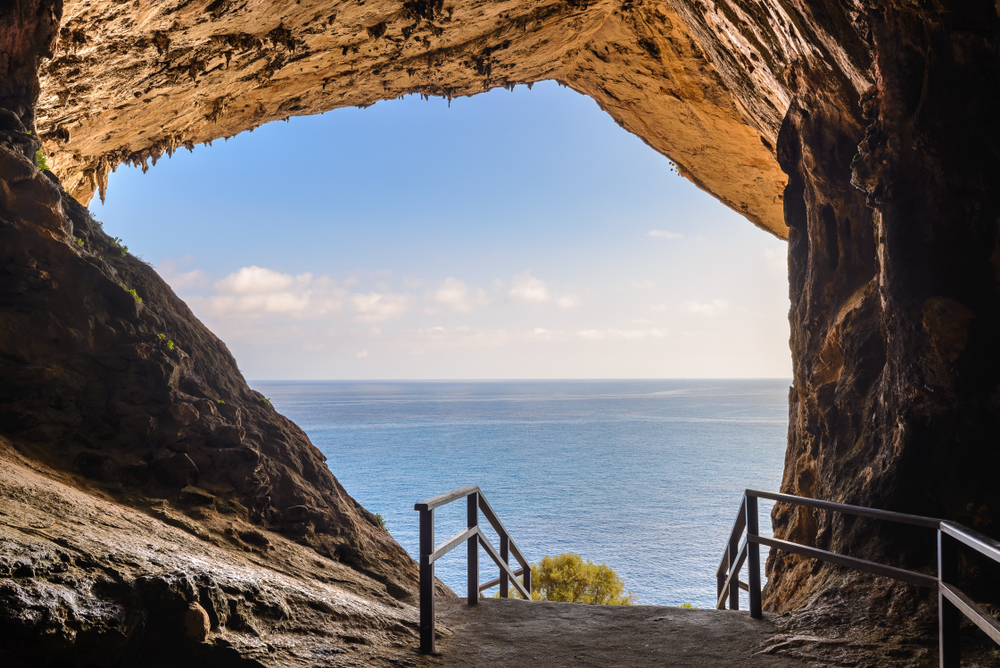 Hopefully we have shown you that not only does Majorca have many outdoor sunny activities but, if you dig a little deeper, it can also offer plenty of other interesting days out away from the beaming sunshine. Have you been lucky enough to explore any of these caves before? Have we missed your favourite cave in Majorca? We would love to hear from you on our Facebook or Twitter pages!

4 Invaluable Tips for Choosing an All Inclusive Resort

When is best to book your cheap flights

Tips to get some sleep on a night flight