Best events and festivals in Venice that are worth going to

Best events and festivals in Venice that are worth going to

When you think of Venice, the first things that come to mind are the beautiful canals that wind through the city, gondola rides and incredible food. However, prior to Napoleon invading the city and taking rule of it in 1797, Venice was Europe’s party capital and has since been trying to reclaim their festivities. We’ve put together a list of the very best events in Venice that you should go to.

Perhaps the most popular event in the city is the annual Venice carnival that takes place in the city. It’s the world’s largest and most famous masked ball, it had existed in the Middle Ages but it came into its own in the 18th century. Huge structures would be set up in piazza San Marco and used as stages for acrobats, wresters and other performers. Wearing masks was an escape for Venetians; they could escape themselves and be whoever they wanted to be for the duration of the festival! It was brought to an end after Napoleon invaded the city in 1797 and it wasn’t reintroduced again until the late 1970s. These days, the festival is highly commercialised and brings visitors from all corners of the globe, the festivities run for the ten days leading up to martedì grasso (Shrove Tuesday) but there are plans to try and make it even longer. 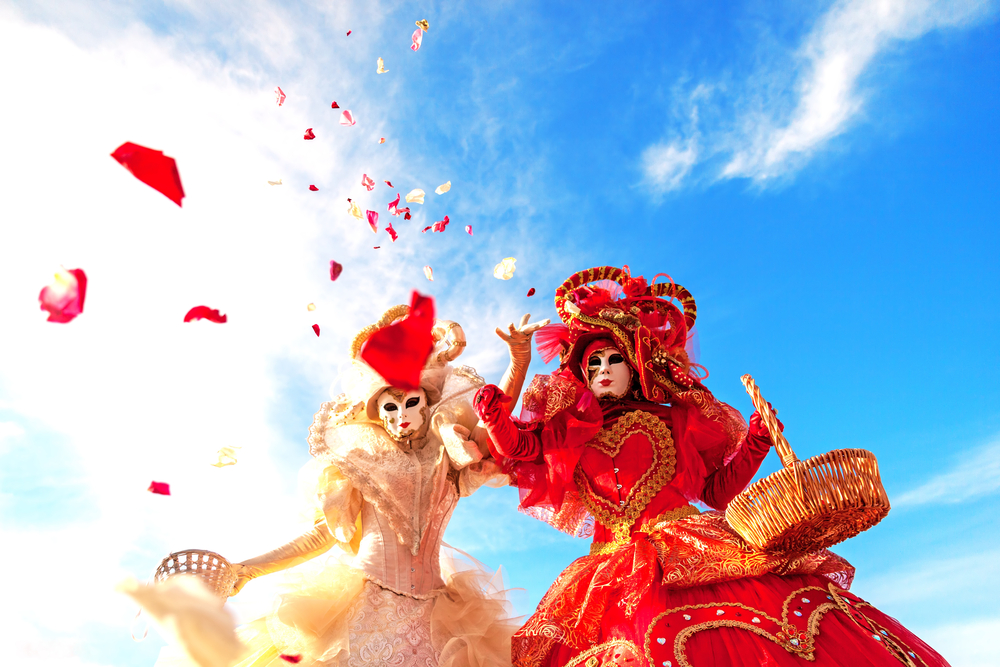 The Venice film festival takes place annually at the end of August/beginning of September and is organised by the Venice Biennale organisation bringing a lot of publicity to the city. It’s been running since 1932 and during its first years, a ‘Copa Mussolini’ was awarded for the very best films. The ‘Copa Mussolini’ was the oldest cinematographic award established after the Oscar award. The award was abolished in 1946 after it wasn’t assigned to any films in 1943, 1944 and 1945 due to World War II. Nowadays the Venice Film Festival’s greatest accolade is the Leone d’Oro (Golden Lion) which is awarded for the best film and is presented at the awards ceremony on the closing day. You can purchase tickets to any of the screenings but you can only from their website which can be quite pricey, so it’s important you choose wisely!

In May, Venice takes to the sea to take part in one of its ancient traditions, marrying the Venetian Republic with the sea and the Venice Regattas in Festa Della Sensa. It’s one of the most intriguing and exciting shows of folklore and tradition in the region and it attracts thousands of spectators every year. The Venice festival begins with a classic water parade, in which rowing boats from the Venetian Rowing Society and the ‘Serenissima’ with the mayor and the city authorities on board take to the sea until they reach the Port of St Nicolò. Then the rite of Venice married to the sea is celebrated with the symbolic launch of a ring into the water, though today it’s typically a wreath instead of a ring. The Church of St Nicolò will then host a ritual religious service and the festival will end with various Venetian rowing competitions and other traditional events. 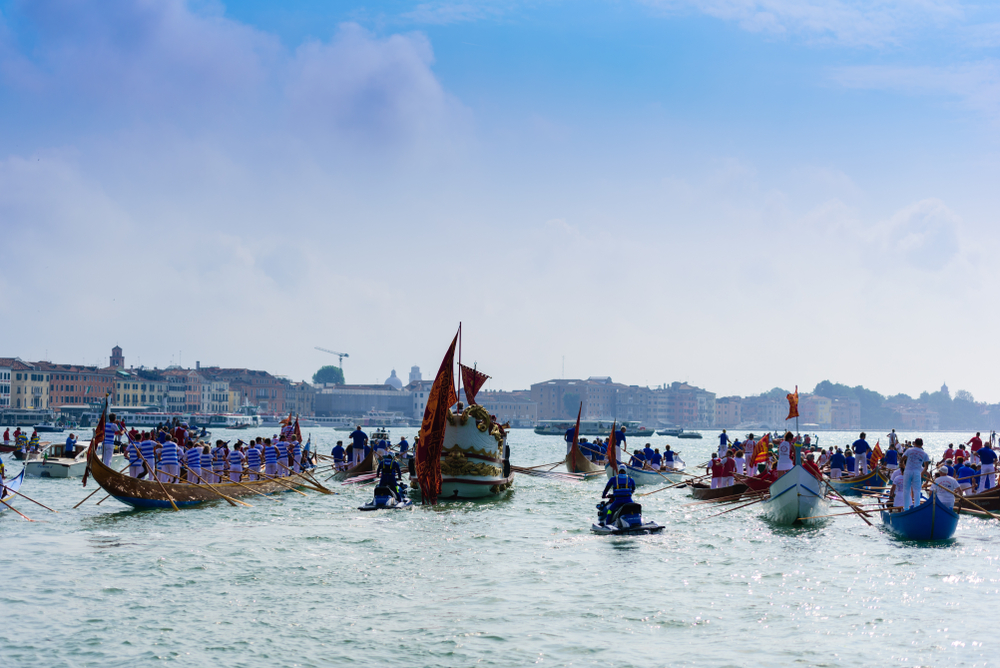 Su e Zo per i Ponti

If you want to explore Venice’s nightlife and make the most out all of the bars it has to offer, then book a holiday to Venice when Su e Zo per i Ponti is taking place, which is usually one Sunday in March or April. It’s inspired by the traditional bacarada (bar crawl). It’s essentially an orienteering event where you’re given a map and a list of checkpoints to tick off in the city of Venice. Those who take part register at the starting line in piazza San Marco on the morning of the event, however if you’re planning to do this in a group then you should phone ahead to book your places. You can expect costumes, lively music and incredible dancing to liven up the route. It’s something off the beaten track in Venice and is a great way to familiarise yourself with the city.

Venice is full of surprises and you’ll find that a party is never far away in this amazing city. What’s your favourite event or festival in Venice? Let us know in the comments or get in touch on Facebook or Twitter!

6 Reasons Why You Should Get Travel Insurance

Round The World Tickets Explained: What, How, When, Where